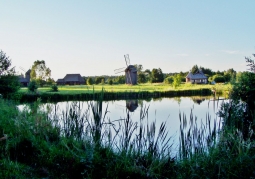 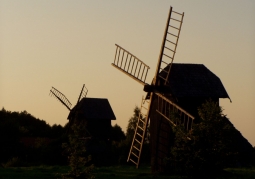 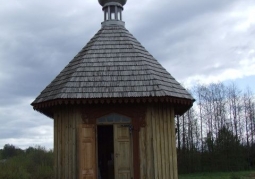 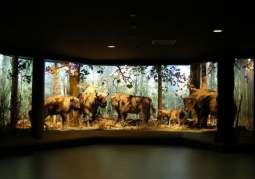 Białowieża is a tourist village which is the heart of the Białowieża Forest. It connects everything that is most valuable in the region - the unique nature and beauty of Podlasie culture. Białowieża is surrounded by the ring of the Białowieża Forest - a lowland forest complex, stretching on both sides of the Belarusian-Polish border, inscribed by UNESCO on the World Heritage List of Humanity, and in which the last fragments of the forest of natural nature have been preserved. The Białowieża forest is characterized by a high degree of naturalness: unprecedented biodiversity, richness of flora and fauna, as well as powerful stands of up to 500 years old forest stands make this place extraordinary. Białowieża Forest - a place of rest for Polish kings and princes (the forest was visited by, among others, Stefan Batory, Władysław Jagiełło and Zygmunt August), to this day it tempts the thirsty with breath from everyday life. The forest landscape of the Białowieża Forest hides unusual treasures in the form of rare specimens of flora. Its most valuable areas, which are under the shade of the Białowieża National Park, look unusually virgin, because it is one of the oldest national parks in Poland. In 1979, the park was entered on the UNESCO list, precisely because of its wild natural values, which are a national treasure that requires extraordinary protection. Thanks to intensive protection, numerous species of plant organisms have survived here, which have become extinct elsewhere long ago. Compared to other forests, the forests of the Białowieża Forest are characterized by a relatively good condition of the stands of natural origin. As much as 40% of the entire forest area is occupied by stands over 80 years old. The hornbeam dominates in the forest. They occupy 47% of the forest area. Forests cover 37%, and wetland deciduous and mixed forests about 14.5% of the area. The stand includes mainly spruce, 26%, Scots pine 24%, black alder 17%, English oak 12%, and birch preserved in 11%. Admixture is also common ash, small-leaved linden, Norway maple, aspen poplar and elms. It is also here that the most famous of Polish oaks - the Oak of Jagiełło - named after the king, who probably spent time here before hunting, grows. Once, for an oak growing in the Białowieża Forest, it had large branches and a large crown. A few years before capsizing, he lost his bough. At present, its decaying trunk can be seen in the Białowieża National Park. Of all the plants in the Białowieża Forest, the most numerous group are definitely vascular plants. There are over a thousand species here. About 20 species of ferns, 6 species of pronghorn, 7 species of horsetail, 54 species from the liverwort pool. There are as many as 200 species of mosses. Bryophytes and lichen, which in the past were very widespread, survived only within the Białowieża Forest, because they can only be seen where the forest has retained its originality, has not been exposed to the activities of the human economy. This plant species is closely related to the dead stand, which is not lacking in the forest. It is the presence of mosses that strongly demonstrates the uniqueness of the Forest and the strong protection of its natural resources.

This site uses cookies. Learn more about the purpose of their use and changing the settings in the browser. By using the website tourpoland.net you agree to the use of cookies in accordance with current browser settings.